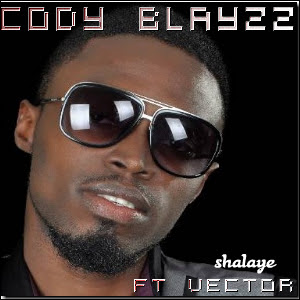 Cody blayzz known as georff karo is the current winner of the Next Top Talent competition on Top Radio 90.9 and part of the benefits of winning was a collaboration with Vector of YSG entertainment. The song is a remix of his original version that won him the competition, "Shalaye" a fusion of afro pop and techno, thereby giving new meaning to how techno music is delivered. The song is produced by kollo(super techno producer) of countrysyde studio.