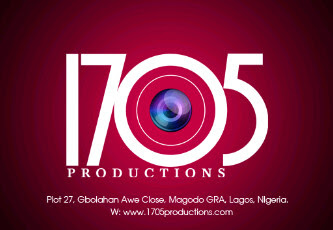 Nigeria Entertainment Industry is one of the fastest growing sector in the country with series of talents & creativity minds, which is part of the growth to the country's economy.

1705 Productions is a modern multimedia production company set to take over the nigeria video productions with the best & classy productions.

1705 productions owned by a young & creative minded entrepreneur, AKINSOLA MUSE. AKINSOLA MUSE is a graduate of cinematography from a film school in america where he learn all the technicalities & creativity of film n music productions.

Watch out for another 2nd best video in 2012 by Fizzy Mayur title: "Ladehin" and Directed by Muse Akinsola of 1705 productions.